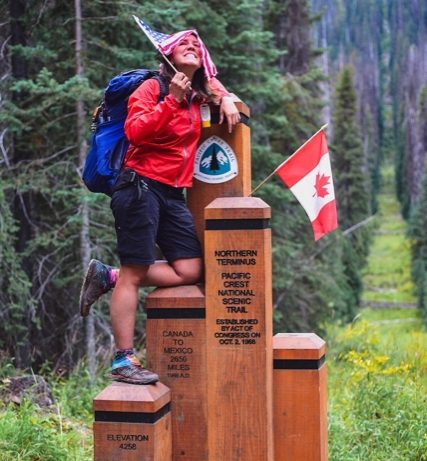 On September 8th, I hiked into Canada on the Pacific Crest Trail. Most hikers who reach this monument are finally done with their thruhikes. For the past month, everyone around me—-including my hiking partner for over 1,000 miles—-has been emotionally preparing to start the next chapter of their lives post-PCT. Honestly, I wish I were done, too.

But I still have Oregon to go back and hike.

You see, I’m a flip-flopper—someone who attempts to complete the entire trail within one calendar year by tackling it in large sections (as opposed to moving in one continuous direction, say, from south to north). I also flip-flopped the Appalachian Trail in 2016, walking from central Virginia to Maine, then flying to Georgia to hike from Springer Mountain back to Virginia. Flip-flopping is a style of thruhiking that really works for me because I like doing things my own way. But it has its drawbacks.

The Pros of Flip-Flopping

I chose to flip-flop the PCT only after attempting a northbound (NOBO) hike, then realizing that I wouldn’t be able to make it to Canada before the snow started. Even though I had started at the US/Mexico border on March 26th, I chose to leave the trail four times for career trainings in the SF Bay Area. These comings and goings compromised my NOBO plans.

But as it turns out, flip-flopping has been right for my Pacific Crest Trail thruhike in so many ways:

The Cons of Flip-flopping

After flip-flopping two long trails, I don’t have too many negative things to say about it. But there is one major challenge it presents: flip-flopping can make you feel disconnected from the experience of the other hikers around you.

When I flip-flopped the AT, I started two months after most of the other hikers did. I felt like a spring admit at a college where everyone had already found their friend groups and had gotten into the groove of things. It took me months to feel like I was in the same physical shape as the people around me, which was tough. I also felt insecure about my choice to flip-flop when talking to “purists”—hikers who believe that if you didn’t hike every inch of the trail in one continuous direction, you aren’t actually a thruhiker. (I was confronted with this attitude much more frequently on the AT than on the PCT.)

Now, on my PCT thruhike, it literally and figuratively feels like I have to go backwards to finish Oregon. The folks I’ve been with throughout Washington are done with their hikes, but because I have left the trail for about 40 days total, I am not.

If everyone else around you is finishing, what’s keeping you going—especially when you have to get on a bus/train/plane to travel to a different section of the trail (the added expense of which, come to think of it, is another downside to flip-flopping)? This brings me to another major drawback: flip-flopping seriously challenges your momentum.

What Flip-Flopping Teaches You

Thruhiking a long trail takes a great deal of determination no matter what. But successfully completing a flip-flop thruhike takes even more perseverance and resolve.

I could easily rationalize the 2,100 miles I’ve already hiked as good enough. I’m ready to be done. When I get up to walk after sitting down for more than ten minutes, my calves seize up and I literally hobble until my overworked legs warm up again. I miss my friends and family back home and I’m excited to begin a new career. I’m sick of eating processed food and being smelly/dirty all the time. Most of all, I’m tired of hiking 12 hours a day every day.

But I had an epiphany as I approached the northern terminus of the PCT. Before thruhiking, routines had always felt repressive, imposed upon me by authority figures. Then, I decided to pursue a goal that was mine and mine alone: to hike thousands of miles across America, first on the Appalachian Trail and now on the PCT. In committing to this extended journey, I unwittingly signed up for a whole lot of routine! So, once the thruhiking honeymoon phase ended, I had no one by myself to blame for the hours and days and weeks and months of monotonous hiking. This has given me a perspective I’ve never before understood.

I know now that a routine isn’t inherently repressive. A routine can be liberating. Structure can be self-care. Discipline can be freedom.

Yes, a routine like hiking 12 hours a day almost every day for 5 months can feel monotonous. But without constructing boundaries to protect and direct our precious time on this earth, our goals can never be realized. Without structure, dreams like thruhiking are just ideas that burn bright in our hearts before fading out. Without discipline, we risk a frazzled, fragmented life in which purpose and meaning are obscured by distractions.

By finishing the trail, I am not just renewing my commitment to hiking the entire PCT. I am committing to a life of discipline. I am committing to finishing what I start and doing what I say I am going to do. I am choosing to see routine and discipline not as boundaries that cage me in, but as tools that help me channel my time and energy into achieving dreams and goals bigger than I ever thought possible.

I am hiking the PCT as a fundraiser for girl empowerment nonprofits that are getting more young women outside. In celebration of my 2,000-mile mark on the PCT, an anonymous donor has generously agreed to match all contributions made in the next week. Will you join us in supporting underprivileged girls to go on personal transformation journeys in nature? Contributing 1¢ for every mile of the PCT I’ve hiked so far would add up to $20. Give $20 now and $40 will go towards helping a girl from a low-income family get outside. Thank you! 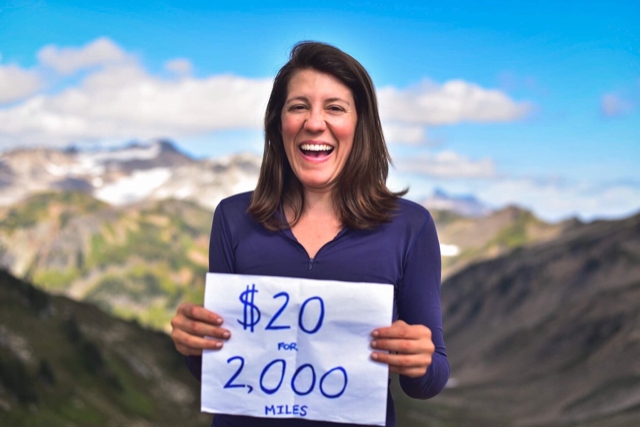 2 thoughts on “The Pros and Cons of Flip-Flopping”