Back in May, after walking almost 800 miles north on the PCT from the Mexico border, I got to the base of Mount Whitney during a snowstorm. Crabtree Meadows looked like a refugee camp of thruhikers who couldn’t move forward up Whitney or north over Forester Pass because of white-out conditions and 40 inches of snow on the trail.

Realizing that a Whitney ascent wasn’t going to happen for me then, I sat in my tent and cried. The next day, I backtracked 20 miles and bailed out of the High Sierra via Cottonwood Pass, vowing that I would come back to do the John Muir Trail section (which extends from Yosemite to Mount Whitney) in the summer.

So I went off and hiked the rest of California. Six weeks later, I found myself back on the John Muir Trail heading south. I was determined to finish hiking my home state atop Mount Whitney, the tallest mountain in the contiguous United States. The mountain had evaded me once but this time it was going to happen, dammit.

But then, on July 28th—when I was already about 13,000 feet up the 14,600-foot peak—I seriously questioned whether or not I would be able to summit. My posse had left Guitar Lake (elevation: 11,000 feet) at 12:30am to catch the sunrise on top of Whitney, and I foolishly didn’t eat or drink anything before the ascent. By the time I reached 13,500 feet, I was overcome with altitude sickness like I’ve never felt before. My head throbbed as if my brain was being squeezed through a tube. My legs felt like jello and I started having trouble walking straight on the rocky trail (the darkness didn’t help). I could hardly breathe. It occurred to me that maybe I should eat something, but the nausea coursing through my body made food very unappealing. 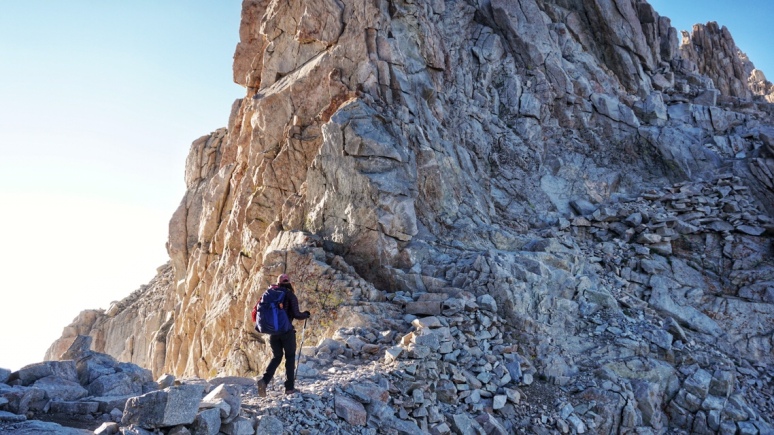 I had to sit down for ten minutes every few hundred feet of elevation gain after that. Other hikers who were less effected kept stopping to check on me because I was literally moaning. It was embarrassing. I had hiked 1,600 miles of the Pacific Crest Trail and I couldn’t handle Mount Whitney?!

Finally, after what felt like an eternity, I made it to the emergency shelter at the top. I burst through the doorway and collapsed on the stone floor. One of the three hikers resting in there asked, “Are you ok?” I shook my head feebly and managed to squeak out, “Altitude.” Despite my nausea, the others coaxed me into consuming trail mix and an electrolyte drink. Luckily, within twenty minutes, I felt much better and thanked the other hikers profusely for looking out for me.

The moment the first rays of sunlight burst in the east, I realized that the suffering had been worth it. Watching the sunrise from atop the highest mountain in the continental U.S. after months of dreaming about it was surreal. As streaks of pink, orange and gold illuminated the sky, my JMT trail family sat huddled together in our sleeping bags, perched above caverns and canyons of rock and joyfully singing, “I’m on the top of the world looking down on creation…” 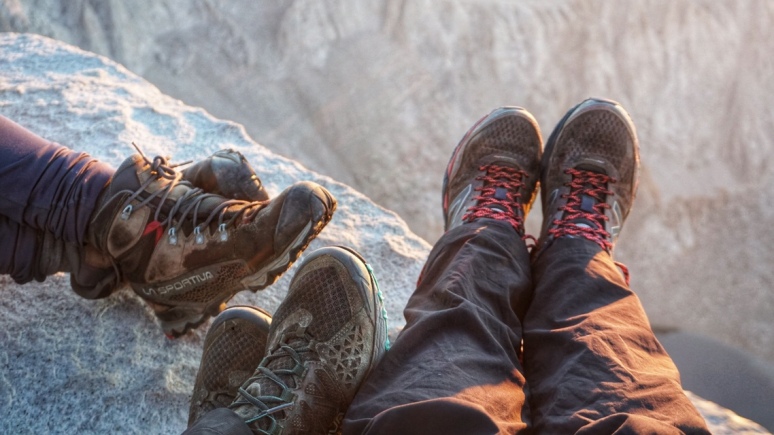 As the sunlight transformed the hazy world around me, I thought about all that I had seen and experienced in 3+ months of hiking California: the desert with its rattlesnakes, cacti, the LA Aqueduct and Deep Creek Hot Springs; the Sierra, featuring intensely challenging mountain passes, breathtaking lakes and abundant wildflowers; NorCal with its steaming lakes and geysers in Lassen Volcanic National Park and miles of exposed burn areas through the Hat Creek Rim; and the stunning Trinity Alps and Klamath Mountains west of Shasta. Even though I had to “flip-flop” all over the trail in California, there was no place I would rather finish hiking my incredible home state than on top of Mount Whitney. Truly, at this moment, I couldn’t have been happier. 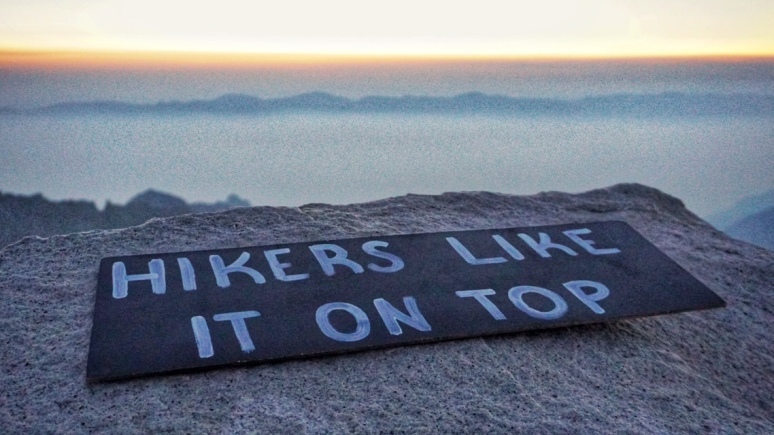 2 thoughts on “A Second Chance at Mount Whitney”